The ‘Rags to Riches’ Series

The ‘Rags to Riches’ series reflects a decade during the 1990s in which Buttitta focused on the exploration of her Italian heritage, what constitutes cultural identity in Australia, cultural fragmentation, loss and gain and adjustment from one place to another.

The series in particularly, focuses on her parents and relatives journey of immigration to Australia (and other countries) from Italy during the period of the 1950s-1970s. This series was produced after Buttitta researched why her relatives searched for a better life abroad and how they worked hard to attain so called ‘riches’ in a new country. From this research Buttitta discovered that what they gained as ‘new opportunities’ or a so called ‘better life’ in a new country was consequently replaced with a sense of family and cultural loss. Buttitta’s mother for instance, sadly never saw her mother again when she left Italy aged 20, for Australia in 1959.

This series of works makes use of highly tactile surfaces achieved with the incorporation of hessian and found rags in contrast to painted smooth surfaces and passport images of people. Letters to and from Italy (between Buttitta’s mother and grandmother for instance), found objects belonging to the actual sitter and copies of photos have been incorporated as means to explore affinities people may have with a place from the past and the present as well as what may constitute cultural identity from one place to another. The series also, is an attempt to contribute to a period of Australian ‘Cultural history’ through the eyes of a descendant born of Italian immigrant parents who came to Australia in search of a better life in a new country. 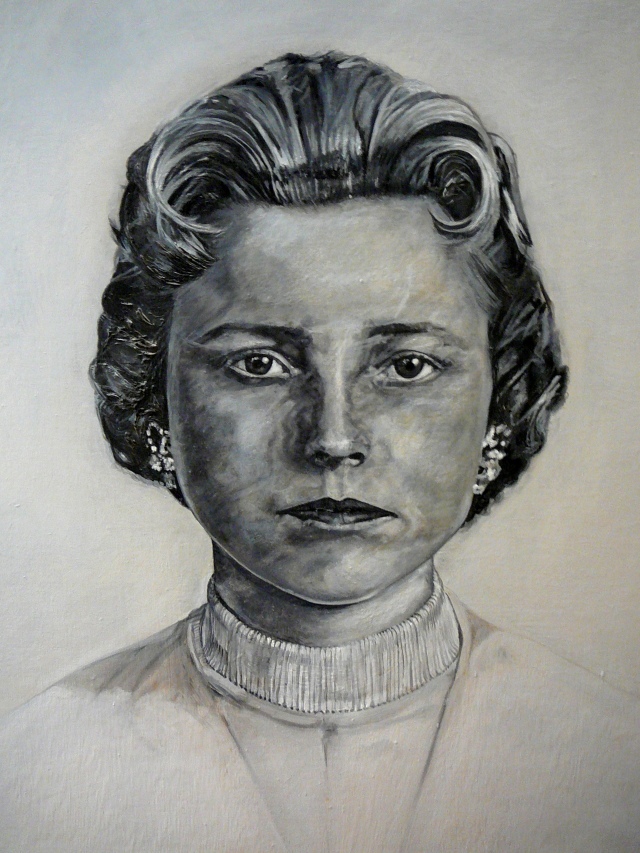